This year, as part of my January Challenge I wanted to tackle my worst addiction: sugar. As a big fan of sugary snacks, this was a really hard nut to crack – but I made it for a full month and want to share my experience.

Defining the goal: What do I want to achieve?

My day to day diet was already relatively healthy: I lived on a veggie based diet with regular carbs (e.g. potatoes, rice, noodles; usually not more than half of the dish). But every now and then I enjoyed nasty processed foods such as frozen pizza. And I loved snacking in between my meals: I regularly ate sweets in the afternoon and every night. Because I ate so much chocolate and candy, I wanted to break the habit: By going completely sugar-free for a month.

The idea of this experiment was to break the pattern of snacking in these regular timings and to find new, more healthy things to enjoy. And see what kind of effect going sugar-free has on my body. I was hoping to get back to a state where I can enjoy candy sometimes, but don’t crave it all the time.

The plan: How to survive without sugar

Going sugar-free for me meant quitting sweet taste instead of replacing sugar: I wanted to quit all added sugars and not replace them with artificial sweeteners. By doing that, the body still assumes a higher blood glucose level and ejects insulin. And this insulin only makes you crave sugar more if you did not – indeed – eat sugar but a sugar replacement.

Instead, my plan was to avoid all sugary snacks including those with high natural sugar content, such as graves or bananas. Also, I reduced my carbohydrate intake and changed its composition: Foods with high carb content such as noodles, rice and potatoes are not so much different from sugar, they just don’t taste sweet. I did not want to quit carbs because I still need a lot of energy for running. But by changing to wholemeal noodles and wholegrain rice, I switched to those carbs which last longer in the metabolism and which cause lower insulin spikes. This way I planned to reduce any cravings.

The timings were set for strict dates of 4 weeks and I quit cold-turkey. This way I was hoping to achieve the best long-term result, knowing it would be hard. I had no idea…

I started my experiment on the first Monday after the Christmas break. Not only did this mean the end of sugar, it also meant the end of a nice vacation. It all came together, but luckily I have friends at work who joined in on my experiment.

The first week was the worst in terms of cravings. Especially after lunch I was craving a little piece of chocolate. During the afternoon, I started searching for food. Luckily, I locked away my stash of emergency chocolate and replaced it with some fruit and mixed nuts. It kept me busy when really all I wanted was sweets.

The withdrawal made me grumpy and my usual good mood disappeared for a while. My close work buddies knew what was up and (hopefully) did not take it personally. It helped a lot to have others also going through this – having support and having someone to talk to and share experiences!

The first weekend was even harder, because eating sweets on the couch during a movie is a ceremony I value a lot. Replacing sweets here with carrot sticks and dip did not work for me. I was miserable.

After that terrible weekend, I had the feeling that the cravings got less. I started getting used to it. During the day I ate fruit when I was feeling like it. In the evening I found salty and roasted nuts to be a reasonable snack replacement. It did not make me happy, but it helped. Altogether, I had the feeling that saying no was less hard – which made me think that I was over the worst part.

Going out for dinner with friends was a challenge because you can’t know if the cook added sugar to your dish. I chose salad without dressing as the safest option.

When cooking, I discovered that wholegrain rice really isn’t it for me. Wholemeal noodles on the other side are a good replacement for normal noodles: Especially in dishes with sauce (e.g. tomato sauce) they are just as good as any normal noodle. This progress helped because my cooking during the first week did not make it easier to pull through.

The nasty thing about week 2 was that while I thought I was over the worst part (the cravings), my mood still did not improve. Deep down I was still miserable and did not see any positive side of this, apart of a weight loss which was not the goal of the experiment (but a nice add-on). My food did not make me happy anymore, which for me as a foodie was a significant reduction in quality of life! While the cravings were obvious, this downer was more unconscious and much more difficult to handle. I had a minor mental breakdown eventually because of a vanity, which made me realize that the withdrawal might be the real reason for what was going on – this was all just the withdrawal.

In week 3, things finally took a turn for the better: Slowly but steadily, I discovered some nice snacks and meals which made me happy again. I started to enjoy natural joghurt with apple, blueberries and some oats. The taste of apples and oranges has never been so sweet to me! I now enjoyed oats with some fresh fruit as a treat and it felt good to finally have something to enjoy on the couch again. I guess this can be accounted to an increased sense of taste due to the strict reduction of sugar in my diet.

One of the goals of the experiment was to find new recipes for healthy, every day cooking that I can keep making in the future. In week 3, I finally made progress in terms of trying new stuff that I actually liked! I discovered bulgur salad as a tasty, easy to make food for the evenings and especially for meal prepping, because you don’t have to cook the bulgur: Soaking it in cooked water for half an hour makes it ready to eat. After rinsing it, it can be combined with whatever veggies you have in the fridge – I used this to make use of some veggies close to going bad to avoid food waste.

To replace my beloved frozen pizza, I made pizza from scratch at the weekend. This way I could make sure that it does not contain any added sugar. While the result was not great in terms of the dough quality, having pizza was a great feeling!

Week 4: Its the new routine!

The last week was the best: Due to my new sense of taste and new recipes that I enjoyed, it was not hard on me anymore on a daily basis. Declining sweets and cake at work gets easier with practice and at home I had new things to enjoy whenever I feel like having something.

Still, I started looking forward towards the end. I spend quite some time planning what to eat on the day I stop the experiment. Anticipation not only gives you a good feeling while waiting, it makes you value it so much more once you can have it!

During the last week, I also saw the benefits of the whole experiment: I lost about a kilo per week, much more than I anticipated because I did not eat less. My skin got so much cleaner. I had no more cravings and am now able to enjoy taste like never before!

This was one of my toughest January Challenges ever because especially in the beginning it exhausted me mentally. The sugar addiction is much nastier than I had anticipated. The influence of withdrawal on my mood and positive outlook on life was more pronounced than expected and made it so hard to pull through – but I made it. And now I see the positive effect it had on me!

While I never intended to restrict my diet like this on the long term, I am happy to reduce my sugar intake even after this experiment. Especially the snacking replacements will hopefully stay with me so that I don’t get back to craving sugar so much anymore. And the new, healthier recipes should provide me with a lot more options for my day to day cooking and meal prepping!

I am looking forward to getting back more options when going out to dinner and enjoying a little piece of chocolate every now and then. But I am planning to reduce sweets to the weekend in the future so that I don’t fall all the way back that I have come. I would like to keep this keen sense of taste that I just discovered! 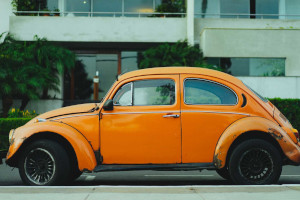 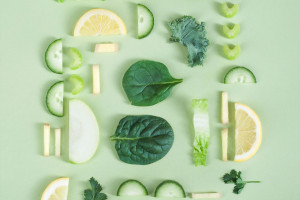 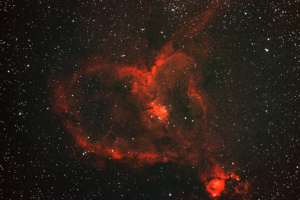 Guest post: 4 practical ways to get started on meditation 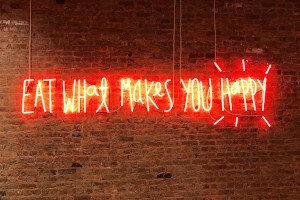